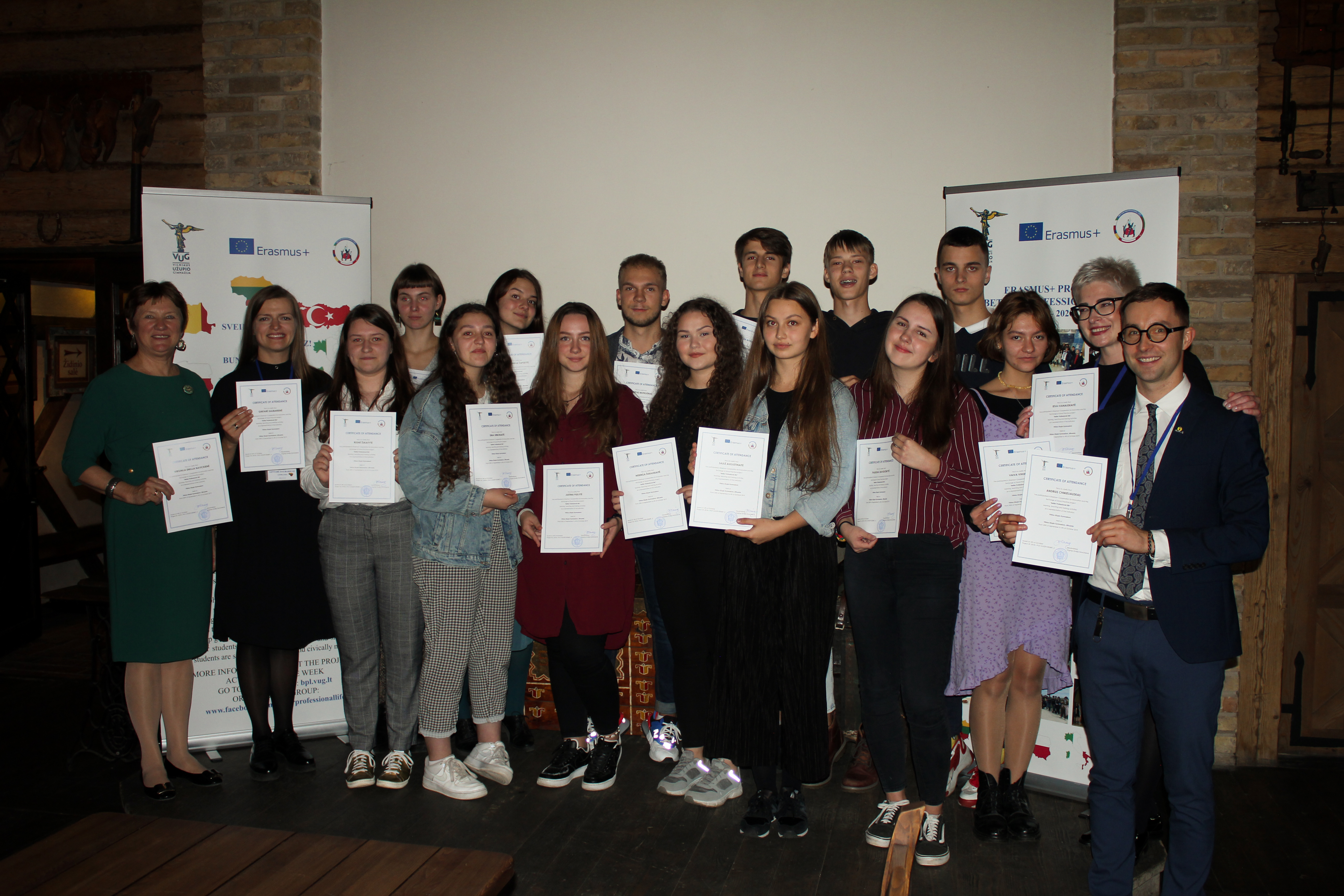 The last day was different from other project days. On the same day students had a chance not to just learn some historical facts, but also had a wonderful time during the closing ceremony.

The fifth day started in the Vilnius City center. Delegations from Italy, Romania, Turkey and Poland had an excursion in “Palace of Grand Dukes”. They had a chance to get in touch with the most famous, exciting Lithuanian heritage.

After the that, delegations went to the Museum of Occupations and Freedom Fights. As half of the day passed, the students got some free time to prepare for the closing ceremony, which was held in the “Belmontas” restaurant.

The closing ceremony was started from the speech of our school principal Virginija Emilija Navickienė. She wanted to thank for all the participants and their teachers. Later on, our school student Rusnė Žukaitytė, also had a chance to give a speech. All students and teachers were given a certificates for attending this project. Afterwards, we had a dinner.

For sure, this week passed extremely fast. It was an unbelievable experience for each of us. Everyone had learned something useful, which you don’t learn in your normal classes. We expect to see each other again. We can bravely say that over this week we became one huge family. ‘’Erasmus +” project doesn’t end and we are waiting for the mobility in Turkey. We won’t say “goodbye”, though we will “see you soon”!